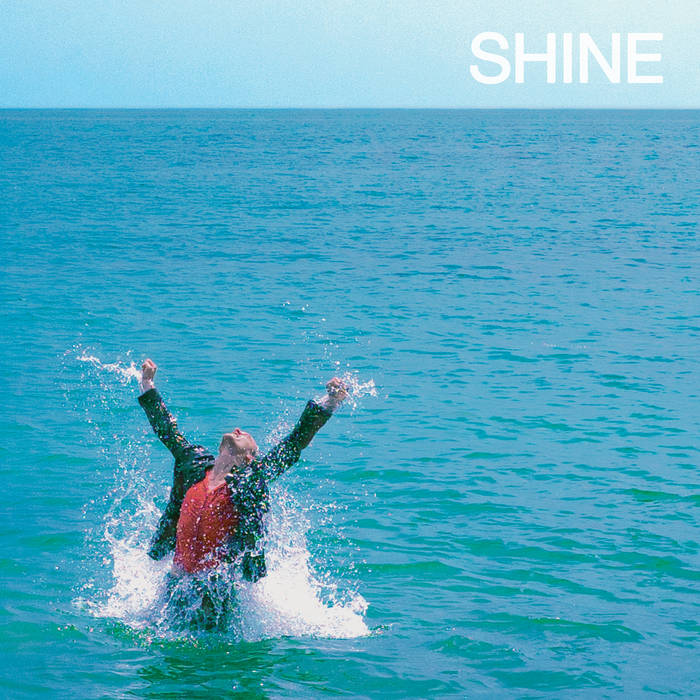 Shine from Sean Nicholas Savage is a record about recapturing the will to live after a period of sadness and stagnancy, and the return to positivity and hope wrapped up in music that adds a sense of rhythmic guitar-based folk intimacy to Savage’s hallmark ebullient avant-pop.

Savage says he was leaning into his “Tatsuro Yamashita and Elliott Smith fandom” for Shine, a mix that immediately comes through vividly on opener “Feel Like A Child,” which was the first song he wrote for the record. The pandemic had taken both an emotional and artistic toll on Savage, sapping his ability to be creative. It was after a long stay spent alone on the island Crete, sitting and staring at the sea that he felt a spark coming back to him. He sang “a long joyful memo” into his phone as he fell asleep one night, transcribing the words upon return to his home in Berlin and putting them to music.

This reaffirmation of love and healing is at the heart of all the songs that make up Shine, not only thematically but sonically as well. Shine was recorded in Los Angeles with Savage’s longtime friend Mac DeMarco, who produced the record. “With [2020’s] Life is Crazy, I was delving into the overwhelming emotional experience of life and with Shine, I just wanted to dive in and be more healing,” he says. The difference is apparent in Savage’s vocals, which have a raw and intuitive feel to them.

Instrumentally, Shine differentiates itself from Savage’s past records through the use of the guitar as the primary instrument. While these are not straight-ahead folk songs, they do borrow from that genre’s sense of closeness. On the title track, Savage sings of a place at the end of the world where one can find the seed of an entirely new universe within the gleaming eye of a seagull, and how that can expand one’s sense of existence within something greater— “Every night we’re still alive/ The moon sighs over you and I,” he sings.